Saturday the 10th was the date for our inaugural observing and imaging event under Chris Mann’s personal piece of Kent darkness and did not disappoint. The plan was to view, and hopefully capture, Comet 2014/Q2 Lovejoy. The Comet was ideally placed in the sky at just over 40 degrees altitude and due to cross the meridian at 8.30pm.

Although the weather during the preceding week had been pretty poor, the forecast for Saturday kept teasing us with suggestions of a clear sky. Even until a few hours before it was doing its best to put us off. However with true Flamsteed optimism we decided to run the event. Excellent decision! On arrival we had a thin vale of cloud overhead but stars were still visible. Chris had already zeroed in on the Comet’s location and before very long we were being treated to excellent views of the comet’s glow through various telescopes and binoculars up to 100mm aperture with minimal magnification of around 25-30x.

As the night progressed, the clouds dispersed allowing us to locate the fairly bright (around mag 5) Comet with the naked eye. The conditions were now just about perfect. It was not too cold with a very slight gentle breeze to keep the dew away and brief interludes for tea and biscuits kept us all bright eyed. While the Comet continued to entertain us we also took the opportunity to look at the some of the regular sites such as M42, the Orion Nebula. This was particularly impressive under the Kent sky as were other favourites.

In addition to observing many of us had setup with the intention of capturing some images of the visiting Comet. A variety of methods were in use from a simple camera on a tripod to long lenses with motorised mounts. Everybody managed to capture the comet, the results of which are already beginning to appear on the forum and Flickr. Please take a look.

So we had an excellent night. A great location, good company and a good time had by all!

Images from the Event: 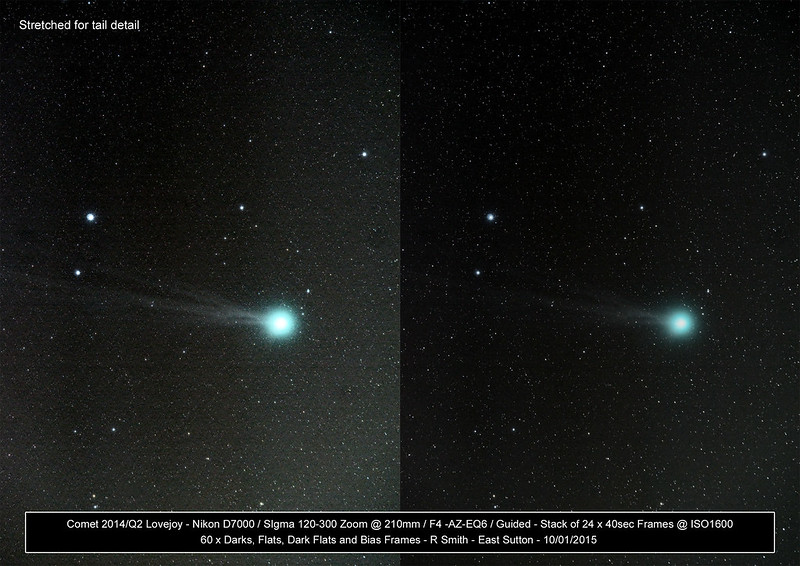 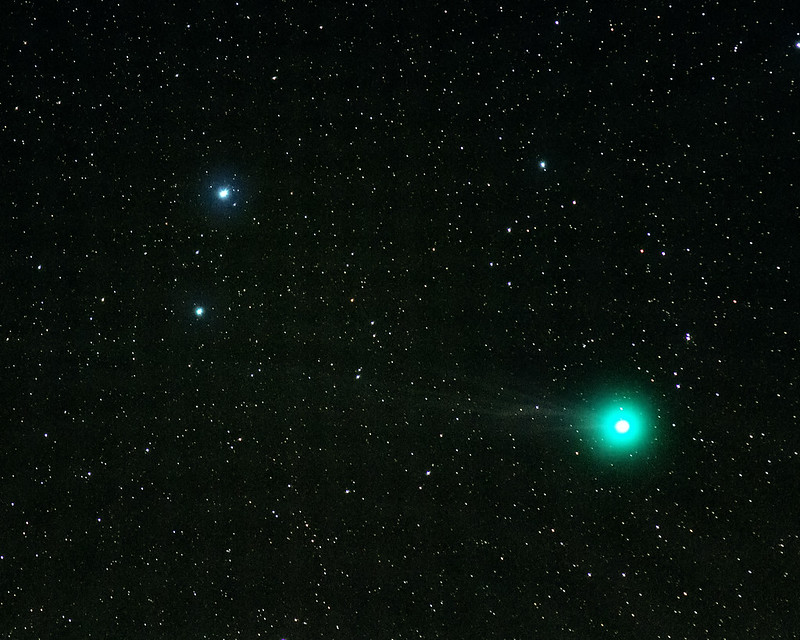